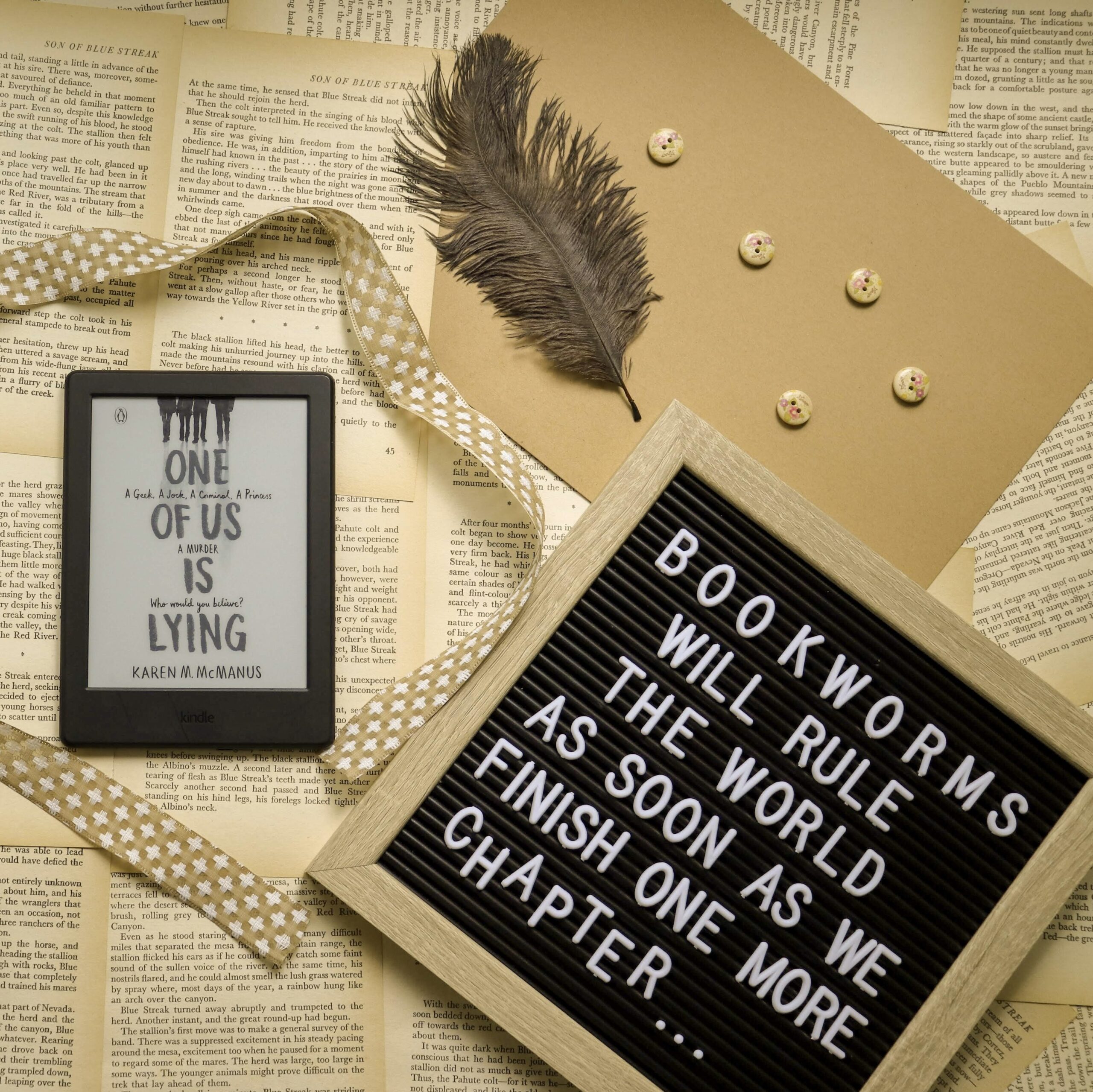 Simon Kelleher, Cooper Clay, Nate Macauley, Adelaide Prentiss, and Bronwyn Rojas were in detention for bringing phones inside Mr.Avery’s class, although they all denied it. Not to mention they all complained that it was a set-up. Just before the detention was about to end, Simon had a severe allergic reaction that killed him, and the rest of them were treated as the main suspects.

Simon Kelleher was known to be the creator of a gossiping app “About That,” which in fact most students believed to be true. He had ruined lots of lives because of his app and many hated him for that. He died on a Monday and on Thursday a Tumblr page had popped up that explained how the killer might have got the idea of killing Simon. Detectives believed that any one or more of the reasons that ruined the four students (who were on detention along with Simon) given that it could have been a motive for the killing. Everything was a total mess, thus they all were being investigated thoroughly.

The big question was, who killed Simon?

I can say the author did a really good job on this book. She knows how to twist events that makes your idea of the suspect shift from one to another. I really like mystery and thriller books because they make me curious and tempt me to test my detective skills.

The investigations in the book expands largely from the four students to other individuals who were also featured in Simon’s app, all of them suspected to have a motive for killing Simon. I love how each clue comes to light, which makes it more confusing as to who really killed him. Their lives were ruined, hence made it a solid motif for Simon’s killing, and the most tricky part was to identify the real killer.

The middle sections of the book features the quest to find the real killer. It develops friendship among Adelaide, Cooper, Bronwyn and Nate. At first they were all suspecting each other and weighing who could have killed Simon, and what could be the best clue to lead to the suspect.

Eventually, Bronwyn asks the other three to exchange ideas on who they really think could have done it and how the killer could’ve done it. Also,I love Bronwyn’s effort in making this happen. Her sister Maeve also supports the investigation. She hacked into Simon’s app thus leads to more hints and brings them closer to finding the suspect. They all work together to look for hints even though the killer could be either one of them.

I love the characters as much as the book, and I think they are all interesting. Provided that with all the issues they learned from each other, and the four of them did not treat each other any less, which in the process turned into a friendship.

The author is indeed crafty, putting one piece to another leading to confusion. I love the confusing part which made it more exciting to read further. This is the first detective, mystery book that I have ever read nevertheless I don’t regret my choice. I think that’s why for this reason almost everyone loves it, including myself.

Overall, this is an interesting read.hg

The Bones She Buried by Lisa Regan

The Weeping Books of Blinney Lane by Drea Damara