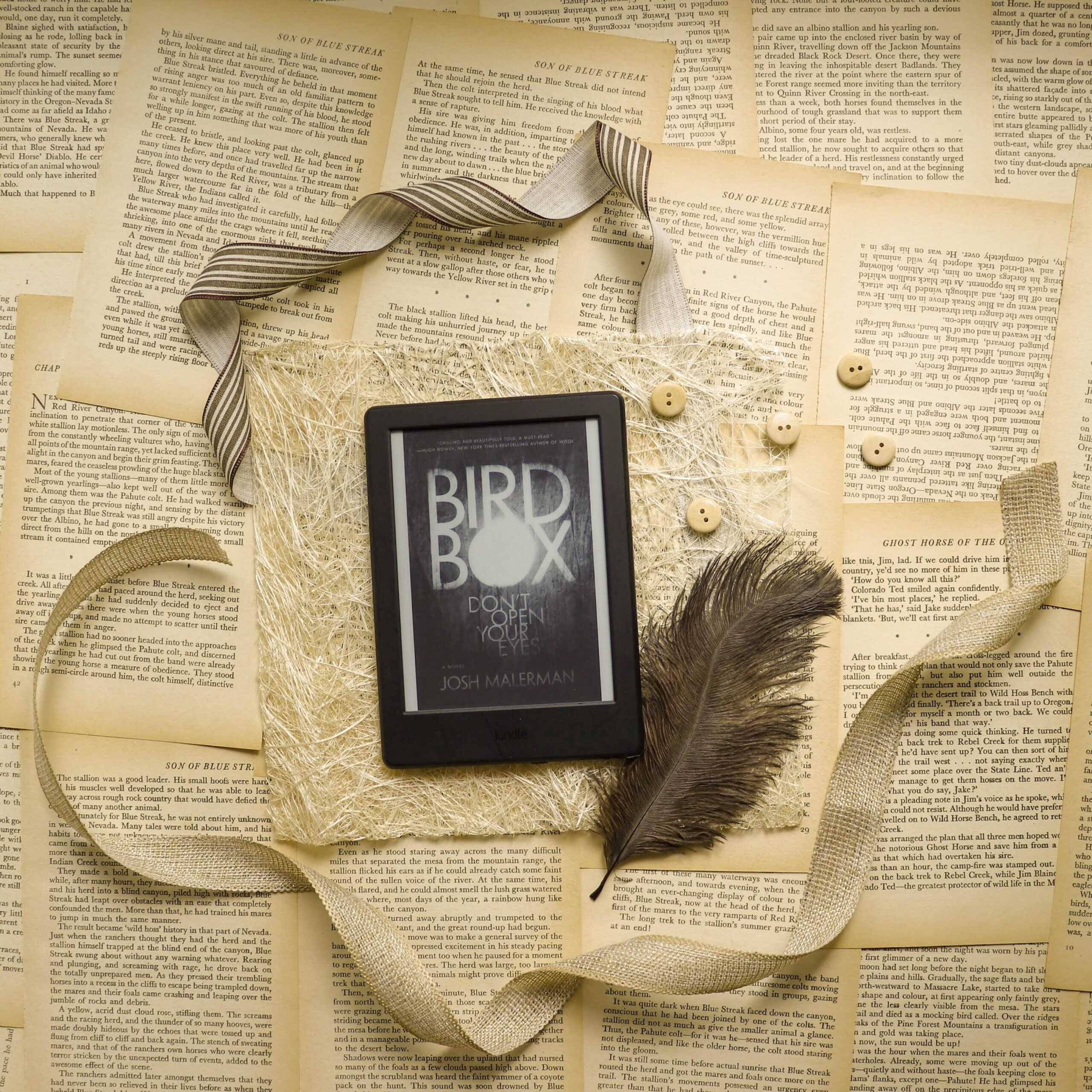 Everyone is hiding from something they can’t explain, and even just a glimpse of it makes anyone commit suicide.

Malorie never knew her life will turn upside down until she got to know that people were dying everywhere. She finds a place in a newspaper that accepts strangers and makes her way to the refuge. There she finds companions, who survive by keeping themselves in the dark. They stay inside a house with drapes on the windows and blindfold themselves when they have to leave the house to get the essentials. If they do not do so then the sight of the creatures kills them.

Even with all the precautions, deaths still happened. Malorie manages to survive with her two children, living the blindfolded life, thinking about what could possibly be the future of all of them living and enduring a horrible life. She trains their ears day and night. When they turn four, they venture out hoping to find a safe place for all of them.

The most scary and dreadful part is for Malorie to traverse the river along with her kids, without sight, counting on her will to survive and on her children’s trained ears.

Will they escape from these lurking creatures? Will they survive and reach the safe place she’s been longing for the three of them?

I really admire the way the author narrates his story. It’s a third person’s view and the story keeps bouncing between the past and present in every chapter. This confused me at first, but I eventually got the hang of it. Needless to say it’s the most unique style of writing I have encountered so far (and a most effective thriller too).

The focus of the plot is Malorie, then the people around her in the house. It explains their struggle to survive every day even with all the fear and worry that haunts them. It depicts how a person in such a cruel situation would feel their emotions, their fears, their worries of the future, their instincts, courage, and their will to survive.

Most characters work together, share the load, and try their best to live a normal life. I love Tom’s role of being a role model and leader of the house. He always takes the lead so that their chances of survival increase, which is a message to the reader to always keep hope in any situation.

Malerman also depicts how strong a mother’s love is and how they try their best to protect their children. I like how Malorie’s pain and struggles are sidelined but still form the center of attraction. She protects her children like a bird that spreads its wings for her younglings to be sheltered from harm. It’s one of the most beautiful emotion that can be conveyed.

The creatures really intrigued me. It’s just fascinating how a glimpse of these creatures can make anyone commit suicide. How horrifying can that be? I can’t even imagine having no vision. It must be really hard for those without eyesight but Malorie endured it all just for her children. The book is so scary and thrilling that I could not read it at night. Even the thought of reading the book at night gave me the creeps.

I think the author has really been creative in coming up with this book. He made each and every character distinctive, and Malorie’s strength stood out of all of them. His writing is tempting, intriguing and convoluted.

I saw the movie after reading the book, and I can definitely say the book is way way way better and more ghastly than the movie.

In case if you are wondering how the title “Bird Box” relates to the story, it does, because Birds do exist in the story (You have to read it to find that out)!

Overall, this is a very awesome read. If you are brave enough for some dark (literally dark since they cover their eyes) adventure, then this book is a must read for you.

Life Without Limits by Nick Vujicic

Get all latest content delivered to your email a few times a month.

A woman who likes to write, make videos, read, watch animes and travel.